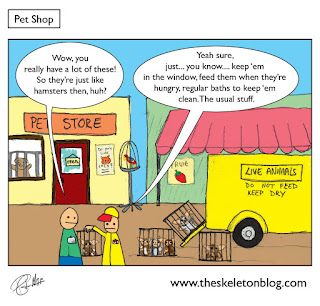 Gremlins was a pretty dark movie, I watched it at Christmas there and an old lady was fired out the top window to her death on a stair lift. Also the story about how Kate's dad died stuck up the chimney at christmas dressed as santa claus was pretty grim. While on the interwebs i found this on wikipedia.

Since its release, some people have criticized Gremlins as being culturally insensitive. Some observers have commented that the film presents gremlins as African Americans. In Ceramic Uncles & Celluloid Mammies, Patricia Turner writes that the gremlins "reflect negative African-American stereotypes" in their dress and behavior. They are shown "devouring fried chicken with their hands", listening to black music, breakdancing, and wearing sunglasses after dark and newsboy caps, a style common among African American males in the 1980s.

Maybe they were wearing sunglasses because they are allergic to sunlight? Maybe they were eating chicken with their hands because cutlery is pretty difficult for gremlins to figure out. Maybe they're just plain racist yo!
Posted by MediaSlugz at 09:48