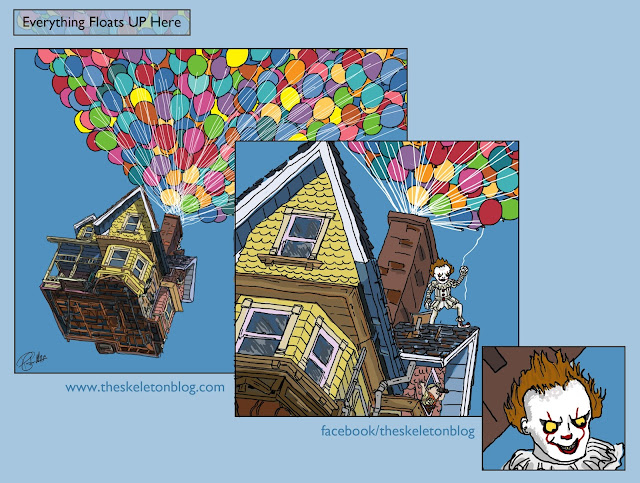 What should I have called this one? I settled on 'Everything Floats UP Here'. Is it overkill to have UP in upper case? I mean if you look at it, it's clearly the house from UP. What if you don't remember that line from IT. Does the title become meaningless? Should I have called it 'UP, IT and Away'? Is that better? It points a bit more to the clown being from IT, does that need pointed out? Does everything need spelled out? Is it even worth it? Probably not. Those balloons took ages to draw and colour. That house took ages to draw and I drew it twice for the close up. Can you even notice that Russell is in one of the windows there? Is that lost? Such insecurity many wow. At the very least it looks colourful and I like those balloons in the title box.
Posted by MediaSlugz at 10:23 7 comments: