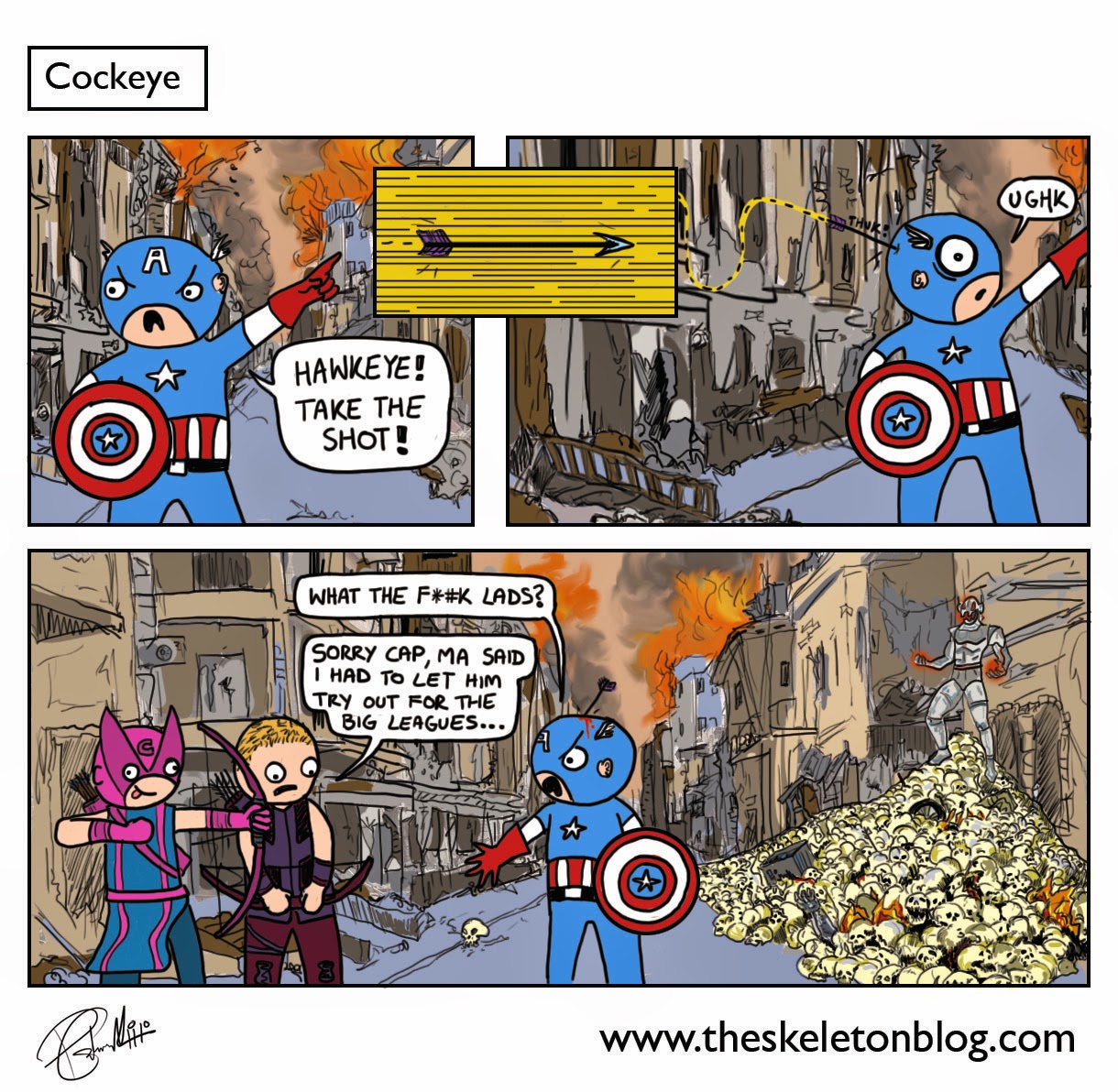 So we have a trailer for age of ultron and it looks pretty good. Hawkeye even has a big flappy bit on his costume like cockeye does here, hanging down by his legs. My brother Chris and I came up with the idea of cockeye on the train one day much to our amusement. It's taken a while for him to be transformed into a comic but at least we've found a use for hawkeye's old costume. Lets face it, he was never gonna wear that in the movies. 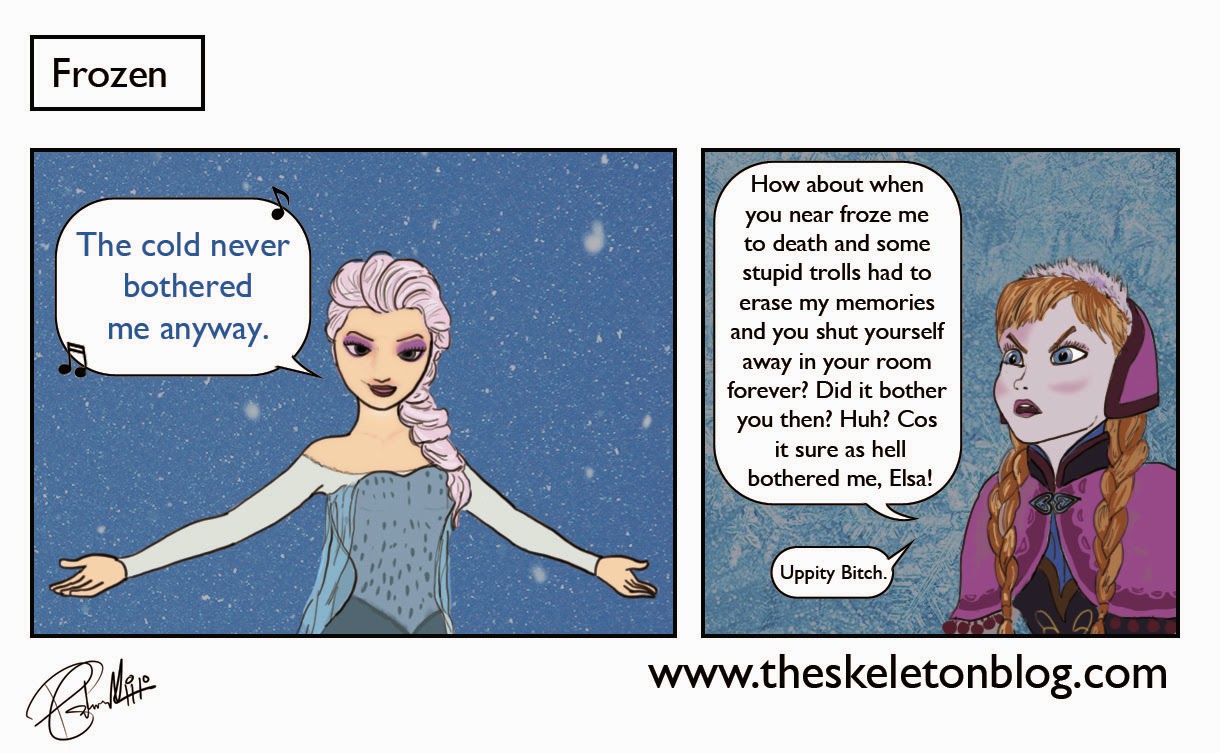 What to say about frozen? Huh. Well it doesn't make a lot of sense for one. A good deal of the characters are annoying. That dude keeps doing a voice for his reindeer which is borderline schizophrenic. Theres not a lot of plot or danger (until the end) and Elsa just acts like a bitch for most of it. Why doesn't anyone just explain to the kids that Elsa's power are too dangerous? Why do her parents lock here away from her sister for at least a decade? It's madness, the whole thing. It's got songs though. Songs which will burrow a hole in your head and lay eggs. Cheers for that Disney. Cheers for letting your terrible move lay eggs in my head. Also it's all snowy so it can be categorised as a christmas movie which means it'll be on T.V. somewhere with its stupid ear worm songs every year. Thanks again Disney you dicks.
Posted by MediaSlugz at 10:00 2 comments: