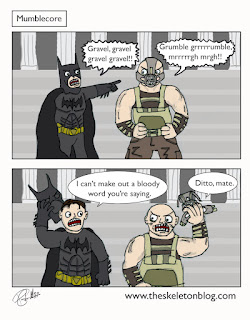 Well I saw 'The Dark Knight Rises' the other day and thought it was pretty good. I didn't want to be bothered seeing it in the cinema, what with gun toting maniacs on the loose, so I decided to download an illegal copy from the inter webs. My favourite part was when they had to try and get Batman back to his home planet but all the FBI dudes where chasing them and Batman had to sit in the basket in the front of the bat-bike and he made it fly past the moon with his magical finger. I liked his little red hoody better than his last costume too. A bit more practical than having a big flappy cape. All in all I'd give it an 8 out of 10 if only for the fact that Bane was no where to be seen and I'm pretty sure I saw him in the trailer. Maybe he was on the spaceship somewhere and didn't want to get off as he'd get his feet wet.

Posted by MediaSlugz at 01:00 No comments: 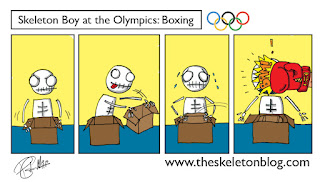 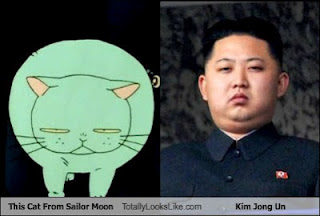 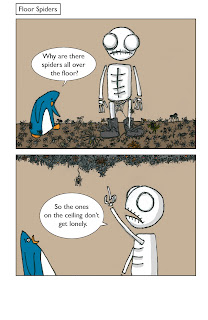 Ok folks it's time for some spider facts!
1. Spiders are the number one food source for orphaned children in New South Wales
2. Lesbians are immune to spider bites. No matter how many bites they get, they won't even notice. This doesn't stop them being afraid of them.
3. The biggest spiders in the world are found in the Antarctic and feed mostly on penguin eggs.
4. The giant spider 'Shelob' (click for video) from Lord of the Rings is the same one that lives in my shed.
5. The forrest dwelling spiders in the Harry Potter movies are played by the same spiders from Arachnophobia.
6. Jeff Daniels auditioned for the spider in the TV adaptation of Charlotte's web.
7. A house spider's favourite biscuit is the Hobnob. Money spiders prefer Viscounts.
8. Spider-man is a fictional character and is not actually a spider. 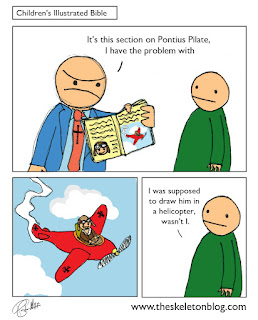 I always wanted to be a children's bible illustrator. Specifically only illustrating works of biblical fiction. This was until I found out that you couldn't add any artistic licence. Dinosaurs eating Adam and eve was visually stunning but frowned upon. If you're going to go to all that bother teaching kids that the world is 6000 years old and that 2 of every kind of animal in the world could fit on a boat, why not have a dragon in a sailor suit as the captain? If you're going to have Jesus walk on water why not have him in a top hat and tails with a magic wand and a scantily clad assistant? When you have Jesus come back from the dead, why not have him in full flesh rotting zombie glory!
Posted by MediaSlugz at 09:00 1 comment:

Game of Game of Thrones 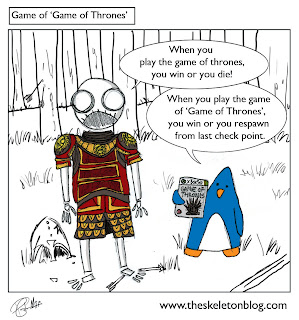 Well Now that Game of Thrones season 2 is over there's not a lot going on of a Monday night. I was expecting Ned Stark to return to the series atop a fire engine riding through the gates of hell, but alas they decided to stay more faithful to the books. My favourite character is Peter Dinklage's Tyron Lannister. Not because he's a midget but because he's a dwarf, (they didn't have midgets back then or wherever it's set). Well I hope you like the comic, I'll leave you with a little factoid though. Whilst Sean Bean played Ned Stark in the TV show, in the book he was played by Michael Palin! Bizarre!
Follow us and leave your comments on Facebook.com/theskeletonblog and all that. Good Morrow! 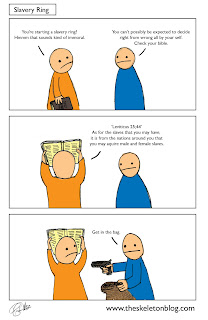 Another week another comic! This week's offering is Slavery Ring, featuring a guest appearance by 'The Bible'. He's hard to get but if you can get him, he's a great addition to an ensemble cast. There's also this blue guy and this orange guy who I think play their roles well. If you've enjoyed it why not like our new facebook page and leave us a comment? www.facebook.com/theskeletonblog It's simples!

Posted by MediaSlugz at 12:22 No comments: