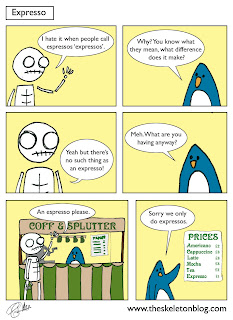 I always thought it was weird that Starbucks had that 2 lobster clawed lady as their logo. Then I found out that it was actually a mermaid.....with 2 tails. You can see the original 'starbucks siren' design below (from http://www.logodesignlove.com/starbucks-logo-evolution). Is it just me or is the image of a 2 tailed mermaid splaying herself to the world kind of horrific? They did seem to get around the problem of how can you do it with a sexy mermaid if her entire bottom half is a fish tail though. Smart. I also think the fact that starbucks logo is a figure from greek mythology that lures sailors to their death is an odd choice too.