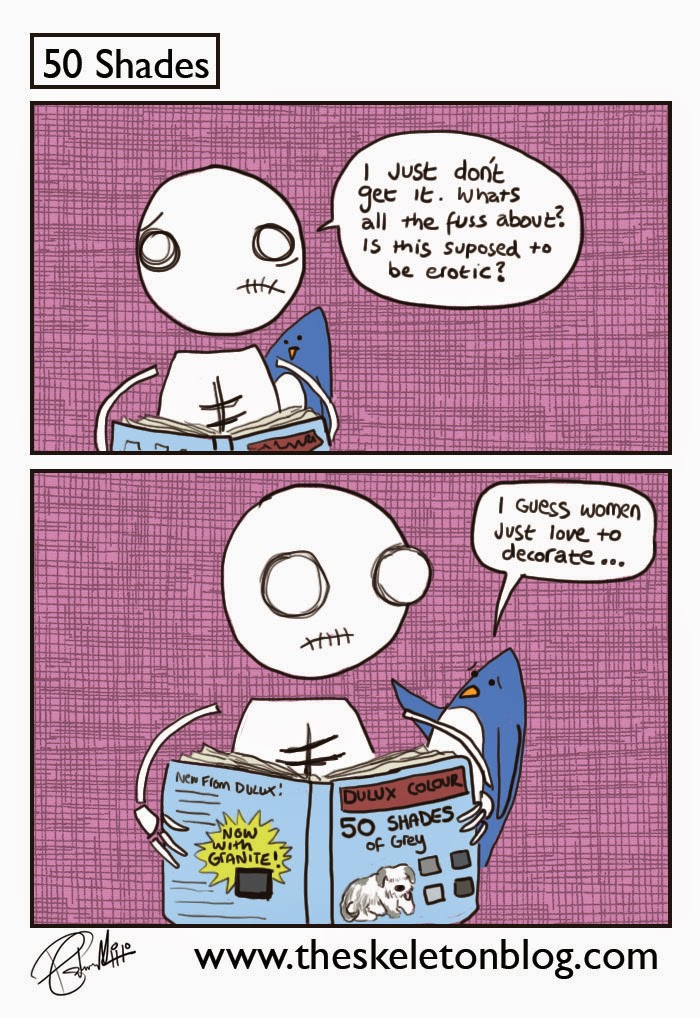 It's been quite the while since my last post. I've been busy buying a house and organising a wedding so you can cut me some slack. 50 Shades of Grey is a thing now I guess. People seem to love it as much as Tom Cruise loves running. The world loves it because this rich dude makes this lady his sex slave or something and theres whips and dirty things in it. She has to do what he says in the bedroom or else he wont buy her 'Tess of the D'urbervilles' or something. To be honest I haven't read it or seen the movie so I cant really judge. I looked it up on wikipedia though and found the following:

'Ana is instantly attracted to Christian, but also finds him intimidating. As a result, she stumbles through the interview and leaves Christian's office believing it went badly. Ana consoles herself by thinking they will never meet again. However, Christian appears at the hardware store where she works. While he purchases various items including cable ties, masking tape and rope'.

This to me sounds like the opening scene to some sort of torture porn horror film like 'Saw', rather than a horrible porn-torture film like 50 Shades. The fact she works in a hardware store (a sexy hardware store?) just makes me think of Weird Al and his awesome 'Hardware Store' song. Heres a link to it on you tube with a music video comprised of My Little Pony clips.  I'd like to discuss how weird this whole video is and the fact that there are grown men called 'Bronies who love and follow the show but theres a documentary on Netflix about that. Enjoy your smut and ponies folks, I'm off to bed.
Posted by MediaSlugz at 09:00